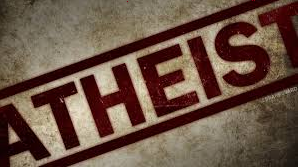 If the decline of Caucasian America were summed up in one word it would be, "Apostasy".

Caucasians were the greatest people on the planet from the days of Ancient Greece and Rome into today the early-2000's.  Their rise and pre-eminence has always been tied to one reason -- Christ.

Previous to the "Sons of Japeth" gaining incomparable worldwide superiority in every field of human endeavor they were "barbarian, hunter gatherers, and pagan" just as the rest of the ancient world -- excluding Ancient Israel from which Christianity originates.

Beginning with the Biblical blessing on Japeth, rising in Ancient Greece, extending to Ancient Rome, and today, Christianity catapulted Caucasians into world superiority in every nation and land for over 2000+ years.  The background graphic of this blog is entitled, "The Triumphs of Caesar (The Vase Bearers Panel)* showing Roman Caucasians returning from the Gallic Wars with the spoils of victory.  This scene of triumph would play out again and again for over 2000 years in every nation and land where the Caucasian went.

Today, as Caucasians turn en masse from the "Christian Faith of their Fathers", world prosperity, esteem, and superiority turns from them.

8book.org
8book.org exists to strengthen and support Christians by practicing and advancing the Gospel of Jesus Christ through media featuring Christian artists. All 66 books of the Bible are the inerrant Word of God, therefore, the Bible is the exclusive determiner of 8book.org policy.